Yes, 25 years ago was a busy time.  A friend of mine had his own decorating business but could only decorate the office the weekend before we opened – after all it was at a very special price!  So he had all his guys working all weekend.  I was running around making tea and getting in food to keep them going.  The colour scheme was chosen to match the existing carpet and blinds, which was a kind of burnt orange.  So we chose pale green for the walls.  We found out later that it was a very relaxing colour and so after 6 months had to change it to magnolia to keep us awake.

I had a call from the furniture company to say that there had been a delay & the furniture wouldn’t arrive till Tuesday – we were opening on the Wednesday!!  It didn’t actually arrive until Tuesday night, 7.15pm.  The delivery man bought in loads of boxes and then said goodbye.  I had to beg him to stay to assemble it.  In the end I rang as many friends as I could muster, who all came in to help us get ready for our opening in the morning.

We received lots of helpful presents from people such as a kettle & crockery.  Another bought a nice picture and a set of waste paper bins, others bought plants.  It was a real team effort getting the office ready.

The day we opened was magical, as well as the phone ringing non-stop, the office looked like a flower shop with all the flowers and balloons sent from friends and family.

Thanks to everyone who has helped us over the 25 years we’ve been open and here’s to the next 25! 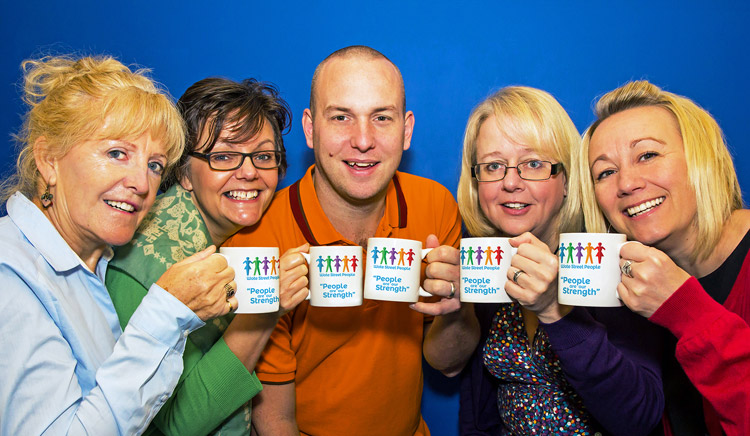