Our Basingstoke recruitment agency saw our very first Work Experience Student recently, courtesy of Basingstoke Consortium.  One of the tasks we set him was to research the National Minimum Wage & the Living Wage and to write a blog.  It’s very insightful for a 15 year old student with little experience of the working
world.  So much so that we’re making it the subject of our next HR Peer Group on Thursday 8th October. Here’s his take on the economics of earning a living. 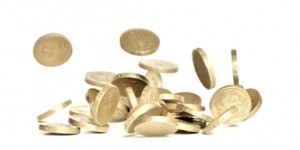 The wages constantly change, every few years it seems. Currently the minimum wage is at £6.50 per hour, it will be raised to £6.70 by October 1st, a whole 20 pence! Meanwhile the living wage is a mere 21% more than that, at £7.85 across the nation, and an admirable £9.15 in London
It is a controversial debate, with people constantly complaining, striking and more, to change it to a higher number. Some people struggle to get by, having to pay rent, food and water prices, electricity bills, and whatever else they may need to pay on a monthly basis. In total, a month of minimum wage is £1,126, which totals £13,512 for a year of work.
For students attempting to not only pay off their university tuition of about £9,000, but survive away from home, it can be a struggle. The ‘Living Wage’ is a great idea, making it so people won’t be scraping by every month, but it still doesn’t amount to much.
It is understandable that in some places, raising the wage for ALL workers can be difficult, as it comes at a higher cost, but everyone working should be able to live comfortably without fear of not making their monthly payments.  Finding work in the current job market can be difficult, especially if you are fresh out of school and aren’t very qualified or experienced. Many jobs that people can just about land do not provide all that much money, maybe just enough to get by on. A higher minimum wage means more people staying in their jobs, but less job availability.
Not only will less jobs be available, as companies will be more frugal about hiring more expensive workers that may not be very useful, prices of most things will follow the trend and go up – Food, clothing, entertainment items, amongst other things, will also rise to a suitable price, and in an essence even though more money is made, it’ll be the same as before the rise – more people not working, more things costing higher amounts of money.
Josh Andrews