When the going gets tough: celebrating resilience 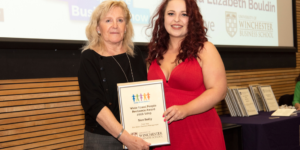 With Christmas nearly upon us, the ‘silly season’ starts – parties ramp up, office life slows down, and chat about what everyone is doing this year is as plentiful as the supply of festive bakes.

But it’s not the most wonderful time of the year for everyone. Pretending to be cheerier than Santa, joining in when you don’t want to, and smiling when you would rather pull your Christmas jumper over your head and cry can be exhausting.  It can take real resilience to survive the festive period.

Much is said about resilience these days and not just at Christmas. This is often in relation to the so-called ‘snowflake generation’. The term was one of Collins English Dictionary’s 2018 words of the year. Collins defines the snowflake generation as “the young adults of the 2010s, viewed as being less resilient and more prone to taking offence than previous generations.”

These snowflakes reportedly crumble at the slightest of hurdles.  They’re considered overly sensitive and feel it’s their right to be shielded from anything upsetting. Today’s university students are often labelled snowflakes because they receive “trigger warnings” on books and lectures that might contain difficult subjects.

Older generations have been heard to dismiss this sensitive nature as self-obsessed and fragile. The academic Claire Fox, Head of the Institute of Ideas thinktank, has written that this generation has an “almost belligerent sense of entitlement.” Negative comments about the emotional nature of young people abound in the media and on social media.

So-called snowflakes are given such a hard time and perhaps their critics don’t stop to consider their reality as young people in today’s world. There’s so much pressure to achieve in education, not least because it can be so expensive. Many careers take years of perseverance and unpaid work experience before under 25s can even put a toe in the door. The ubiquity of social media breeds a comparison culture that’s almost impossible to escape. One must conform, look a certain way, and act a certain way.

Yet, it’s mainly young people that fill the streets to protest against climate change. There’s a definite new wave of activism around many other social, cultural and political issues that they’re at the forefront of, such as gender equality.

Standing up for what you believe in, sticking to your principles – maybe this shows that Millennials and Generation Z are resilient in the face of adversity, inequality and injustice. Rather than melting at the first hurdle, they’re simply expressing that they refuse to put up with unfair ‘banter’ and status quo.

It takes real strength of character to speak up and rebel.  This surely is true resilience. We feel that such resilience needs to be encouraged.  So much so, that we recently sponsored the Resilience Award at the University of Winchester’s Faculty of Business, Law and Digital Futures Awards Ceremony.

Two deserving students were awarded for their resilience in the face of adversity and continuing to excel in their studies despite difficulties.

There are challenges in all areas of life, at every age – so let’s support the future managers, leaders, inventors and experts with our knowledge and wisdom rather than turning that age gap into a contest of who had it worst. It’s time for all of us to celebrate and champion resilience.

If you find that you’re crying behind the smile, maybe it’s time to find a workplace that doesn’t feel like work. Come and have a chat with us and explore all the positive opportunities on offer. Just give us a call on 01256 799 127 or email maxine@wotestreetpeople.co.uk